To many the word lupin calls to mind the colourful, ornamental flower, but there is so much more to this beautiful plant.

Lupins are a member of the leguminous plant family. They have been cultivated for thousands of years and were a major source of food for the ancient peoples of the Mediterranean, as well as Central and South America. The seeds were initially used as an animal feed, but people soon came to realise their nutritional benefit to humans.

Not only that, but the Lupin grows well in our climate, which is even better for the planet. Might it be worth cooking lupin instead of meat every once in a while?

Lupeh is a relative of tempeh, but made from lupin beans instead of soybeans. The lightly cooked lupin beans are fermented using gut-friendly bacteria. Fermentation binds the beans into a firm cake and breaks down the proteins, making the lupin very easy to digest. Lupeh can be made the same way as tempeh: marinated, deep fried, bread-crumbed, roasted, and so on... 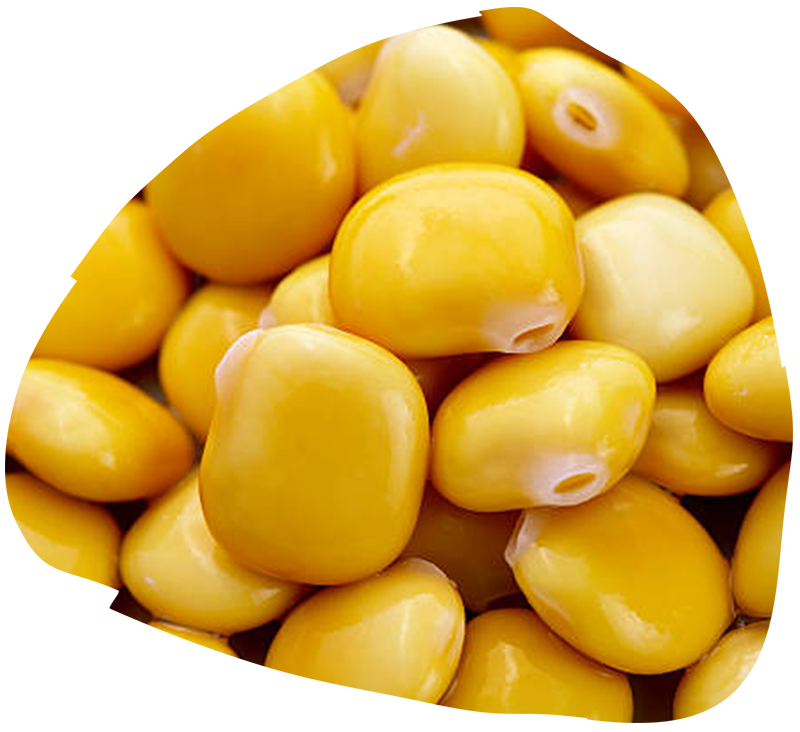 See all our recipes